Teaching international students can be challenging yet rewarding, according to some Sheffield Hallam University (SHU) lecturers.

In her experience, senior lecturer Katie Oscroft finds that international students often have more cultural depth to add to the session.

“Some students may know things other don’t, and it’s a good opportunity to use the individual experiences to enrich the learning process,” said Katie, who specialises in television news. 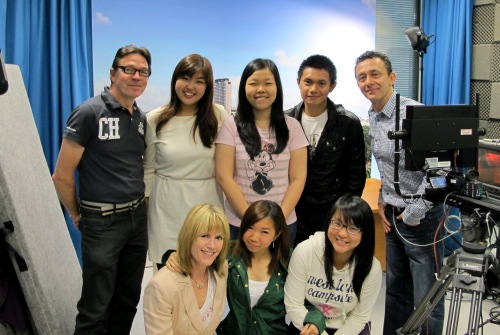 Principal lecturer Dr. Geff Green has taught in SHU for 14 years, and deals with many international students from different countries.

He said: “Overseas students bring a new dynamic and diversity into the classroom, and there’s always something interesting to learn from them.”

END_OF_DOCUMENT_TOKEN_TO_BE_REPLACED

What’s next? Foreign students finding a job in the UK

Layla (left) and Monica are ecstatic at the opportunity to volunteer for the 2012 Olympics and Paralympics.

With a rise in unemployment rates, it is becoming increasingly difficult for international students to find jobs in the UK.

However, it is not impossible for students to get paid or unpaid work experience while studying abroad, as illustrated by a few students from China.

END_OF_DOCUMENT_TOKEN_TO_BE_REPLACED

International students may have a deterrent when communicating with British locals due to the various accents and slang. In addition, some local dialects may be tricky to understand.

“If I don’t understand their accents, I feel nervous and embarrassed to ask them to repeat again, so I will try to end the conversation or change to other topics,” said Owen Wong, a Malaysian student studying in Sheffield, United Kingdom (UK).

In the UK alone, there are many variations of accents depending on the region.

Joan Beal, 59, a Professor of English Language in The University of Sheffield, said: “Generally, those geographically furthest from London such as Geordie (Newcastle) and accents from outside England such as broad Scottish accents may be difficult to understand.”

Professor Beal: different accents would develop because people in some places were affected by contact with other groups. (Photo credit: Joan Beal)

For the academic side, the accents of lecturers may affect the learning process of students.

An Irish lecturer from Sheffield Hallam University (SHU), Steven McDermott, said: “I have a very strong Irish accent, but I try to speak normally and sound English when I’m teaching.”

“International students should listen attentively and carefully when talking to people who have strong accent.”

“If I don’t understand what the lecturer is talking about, I’ll guess the meaning or ask for a translation from my friends,” said Megan Xiao, a Chinese student from SHU.

Steven McDermott (left), Irish lecturer from SHU believes that accent challenge is not a problem for international students as long as they pay attention to the speaker.

END_OF_DOCUMENT_TOKEN_TO_BE_REPLACED

Tips for improving your English

For international students who come from non-English speaking backgrounds, language may be a major obstacle for communication and learning.

According to Fran Potgieter, 41, an English lecturer from Sheffield Hallam University (SHU), the most difficult thing faced by most students is expressing complexity of meaning with accuracy and clarity.

“’Hedging’ and cautious language can be difficult to produce and perfect tenses are an issue for many students,” she added. (*Explanation of ‘hedge’ at the end of this story) 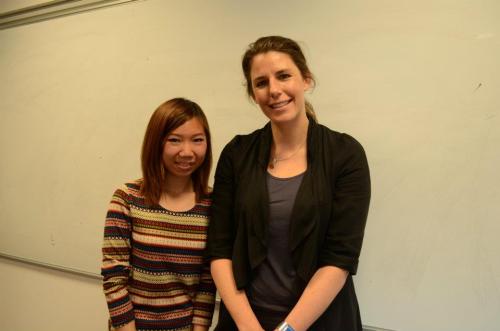 Fran Potgieter (right), has taught English for about 20 years.

END_OF_DOCUMENT_TOKEN_TO_BE_REPLACED

Studying abroad can be exciting yet challenging. The iStudyAbroad team speaks to ANDREW BROMLEY, a well-known figure among SHU international students, about his experiences and advice.

“With international students, I had to adapt to the various cultures and languages while maintaining a level of sensitivity,” he said.

In his four and a half years at SHU Student Support Services, Bromley has encountered thousands of international students from all walks of life.­­­